Category | One on One/ Interviews
It’s quite important when you think of the lack of depiction of feminine work in museums today. Although I do believe that ideally, a fair treatment of creators would be based on their work and not on their gender. 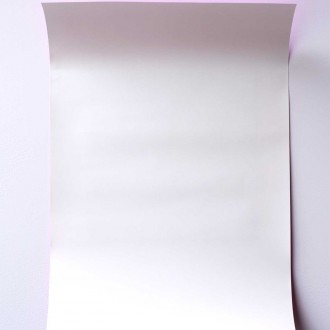 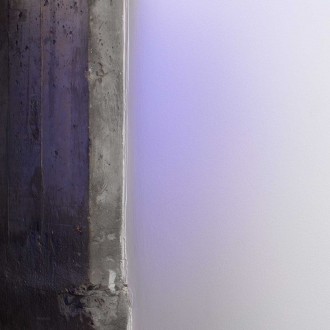 LSTW is pleased to introduce Caroline Mauxion. It’s in the course of her exhibition at the Simon Blais Gallery, presented until August 29th, that we asked a few questions to the master’s degree student in visual and media arts.

1- Caroline, you are the recipient of the 2015 Sylvie and Simon Blais Foundation Award for Emerging Visual Artists, how would you describe your work?

My work is about regaining contact with my photographies since nowadays images are mostly found on screens. It has become common to create images while tangible work is rare. The good old wallet stills are replaced by screen savers. With that in mind, my last project consisted of installing my images where the exhibition takes place, like objects that I handled and set in a particular space. I talk about displacement of the images. I captured my installations, creating a sort of mise en abîme. The photos that I re-captured stem from my studio, they can be tests, failed projects; I recycled them.

2- Your medium is photography; do you consider yourself more a visual artist or a photograph?

I think both go hand in hand. Photography is my first creative medium and the act of photography nourishes my current reflection on the image. I also work with the installation and the recording.

3- Do you think women in visual art mutually help each other? If so, how?

With a feminist center for arts like La Centrale, a community is formed by its members. It’s quite important when you think of the lack of depiction of feminine work in museums today. Although I do believe that ideally, a fair treatment of creators would be based on their work and not on their gender.

4- What are the emotions that bring you closer to your art? What inspires you?

How can you describe a thought, a feeling as a visual artist? The writings of Virginia Woolf are for me a constant source of inspiration. She transforms into words the evasive meaning of a thought with colours and substance. When I’m in my studio, I let my surroundings come together. The elements meet, the light, the air that blows…they trigger my imagination.

5- If you could share a space with another artist who would it be and why?

I think it would be Letha Wilson’s work for her sculptural research about photography.

6- What’s the difference between Montreal and Paris?

I think Montreal is great for emerging artists, particularly because of center for artists who believe in diversity in arts. I would say that the environment is less formatted as it can be in Paris where most students graduate from the Beaux-Arts.

7- Your work is presently exposed at Galerie Simon Blais, can you tell us what it’s about?

The exposition is my third displacement. It’s called l’ombre au tableau. Every image was captured at the gallery. Galleries are usually white cubes, the Simon Blais gallery has a huge window that I found interesting to exploit. It the gallery’s natural light that produced the images. The Indice series is composed of pictures that were taken in my studio, objects that I photographed on different backgrounds. I hung them facing the gallery wall, the image and its object were consequently hidden.

Only the background colour was left and it created an iridescent shadow on the wall. I then captured those images. The work is composed of monochrome blue, originated from and abandoned project, that I photographed multiple times, during my displacement. Projecting the light on the monochromes created purple tint that I once again captured, leaving subtle finger prints or tracks emanating form my manipulations.

8- What are your wishes for the near future?

I’d love to go forward with my research and explore the installation of images in space. And I would really love to have an exhibit abroad!

Mauxion will have an exhibition in February of next year at UQAM’s Gallery.