Category | Arts & Culture
I have the most loyal amazing queer fans. It's interesting to see so many queer women at my shows because I never felt connected to a queer community of women. 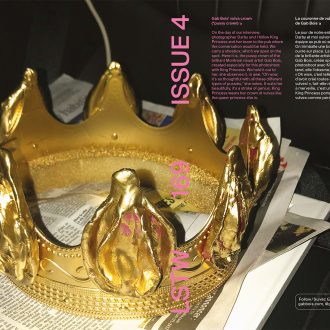 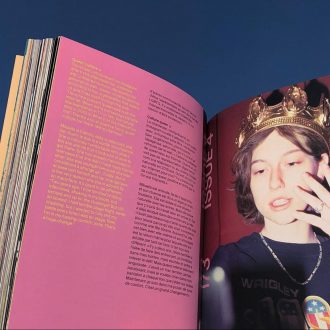 She poses with hairy armpits in plain sight, she bites her lip, embodies the sensual star of the football team in the video clip of her song Prophet, she zooms in on her friends’ butt in her Instagram publications. Pop star King Princess is not just a singer with catchy melodies, she is a young, go- getting and emancipated artist who plays with the way people look at her. King Princess deviates from the standards and plunges us headlong into her queer world. We met her to better understand the woman behind the star.

“Dude! You have no idea,” Mikaela Straus says when asked how much her life has changed in the last two years. Her first major hit from Brooklyn, 1950, released in the winter of 2018, is now approaching 300 million listenings on Spotify. In addition to being frankly catchy, the pop song is a romantic homage to queer love that appropriates heteronormativity often associated with the middle of the last century. Today, with a debut album recently released on the Zelig Records label by influential pop composer Mark Ronson (Amy Winehouse, Miley Cyrus), King Princess is the idol of a young queer generation, evoking identity and sexuality head-on in both her music and what she spills of her life on social networks.

Beyond her hit song – and the others that followed, such as Talia and Pussy Is God, she is an engaging artist with a relaxed and uncomplicated personality. If, watching her go, you feel that she takes life lightly, Mikaela is very invested in being a role model in light of what the 20-year-old singer believes to be an unprecedented sense of community.

“I have the most loyal amazing queer fans. It’s interesting to see so many queer women at my shows because I never felt connected to a queer community of women. I latched myself to gay men because there’s a part of me that isn’t female and I needed that balancing queer male energy in my life. I was still a lonely lesbian, wishing I had a community but never actually finding one. So it’s interesting to see these kids today who have so clearly found their community and most of them are women. I’ve never seen that. It means that we’re growing, we’re creating spaces where these kids can find each other.”

When asked if there are any major responsibilities coming with this role as the idol of young queers, the energetic singer humbly admits that she prefers to share the spotlight. “I think there’s responsibility to be authentically yourself but I also think it’s a dark road to get into feeling like you can represent or speak for an entire community. I can’t. I’m one small part of a very vibrant community. I want my career to open up doors for more people to fill out other communities that need representation within the LGBTQ family. There are so many intersectional identities within that. They need to be supported.”
__ 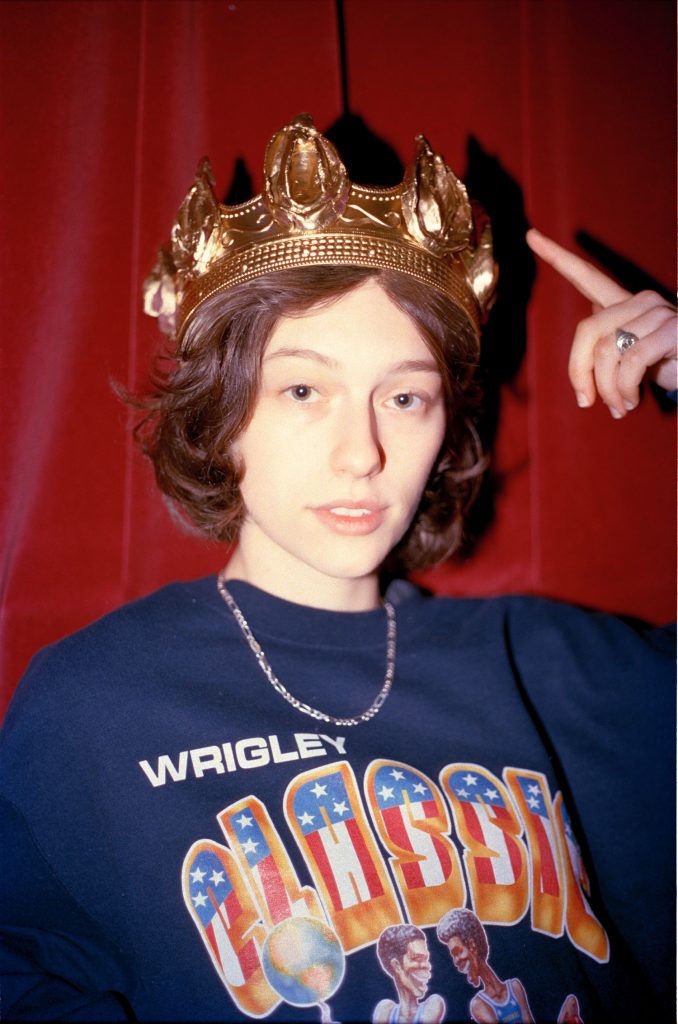 Queer Culture ↘
The singer, omnipresent on Instagram where she addresses her audience with unfiltered humour, represents her generation well, noisier, more boisterous, according to her, a generation that opens up and finds itself through the web. “I love how present queerness is on the Internet. When we’re not seeing relatable representation in TV or film, the natural step in 2019 is: What’s on the Internet for me? There’s a lot of positive funny queer culture out there. We’re hilarious.”

Mikaela is friendly, easy to approach and her charm is due to a subtle nonchalance. She is naturally comfortable with others. But she admits that it took a lot of work to get there. She has already mentioned in interviews that she didn’t have many friends when she was younger because she was considered a strange girl. Today, she is at ease with herself and her strangeness is the very reason why she is adored by so many fans. It’s good to be different. “Two years ago, I’d be terrified of doing interviews, shaking in my boots, but excited and up for the challenge! But still so scared. I had terrible stage fright, never crippling, but I wanted to fully shit my pants every time I was on stage. Now, I’m in my fucking comfort zone. That’s a huge change.”

And to succeed in having a career like the one she has today, Mikaela had to seduce the music industry as well. There was already a strong attraction to this young woman with a relaxed look and straightforward queer songs. It must be said that she also had a good musical background from childhood since her apprenticeship was done directly at home in her father’s studio as a sound engineer. “For many years, I would sit there and watch, learn licks from band members and act like one of the guys. It not only taught me to communicate with people older than me, it also was a musical education.”

The day we met, King Princess was about to release the very first single from her first full-length album she produced, Cheap Queen. The excitement was at its height and you could feel all her pride when she talked about her work method. “This record is my baby for sure. I just had a great work ethic. It was written after the EP came out in June 2018 until last spring, so it’s chronological and it feels like that when you listen to it. My main goal was to make it feel like a story.”

We will easily be hooked to this story, just as we have been hooked to all the stories she has presented us with so far. Instinct and freedom are King Princess’ driving forces, both in her creation and in the way she presents herself to us. She is the captain of her boat. Long live this new queer princess of pop song.