Category | News
The parade will feature floats from hundreds of local sports teams, cultural and community groups as well as other gay, lesbian, bisexual and transgender organizations. 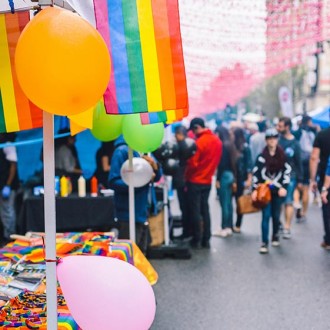 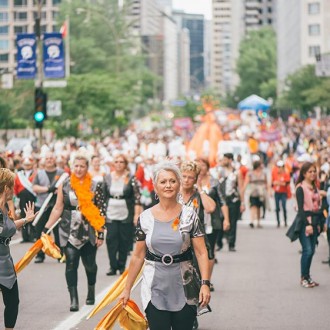 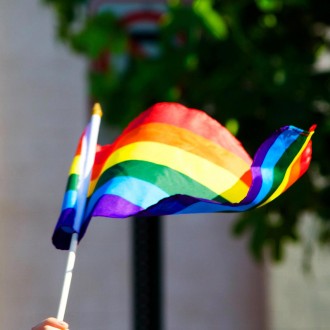 For the third consecutive year, the Pride Parade theme will be inspired by the rainbow flag and the third colour which is, yellow, representing light and energy. Montréal Pride invites all participants registered for the Parade to let their imaginations run free and interpret this colour in their own unique ways: sunlight, sparks, energy, vitality, shining and pride.

The parade will feature floats from hundreds of local sports teams, cultural and community groups as well as other gay, lesbian, bisexual and transgender organizations. The parade will also feature both gay and gay-friendly businesses that join us in celebrating the significant contributions of their LGBT employees and clients.

The 2015 Montréal LGBTA Parade is scheduled for Sunday August 16, 2015, beginning at 13:00. The parade will start on the corner of Guy Street and travel east on René-Lévesque Boulevard, culminating on Sanguinet Street and the Village. The crowd will march to Place Émilie-Gamelin where everyone is invited to continue the celebrations during the MEGA T-DANCE until the closing show.

Proud: The Dykes and Allies’ March —> The Réseau des lesbiennes du Québec (RLQ) and Montréal Pride invite you to join us for the Dyke March. The mission of this March is to bring together all lesbians, women who love women and their allies in a march to promote the visibility and diversity of lesbians in the community. The March is organized around a vision of inclusion to create a positive and constructive rallying point for women and their allies. The March will finish at the new “Espace LSTW” at Place Émilie-Gamelin.

Café des arts —> In a brand new location, the seventh edition of the Café des Arts exhibition will feature five artists. Each year, Montréal Pride and the show’s curator, Jean-Pierre Pérusse, are proud to welcome LGBTA artists who have contributed to promoting the creativity and culture of the community, and who embody the spirit of Pride. Montréal Pride offers the Café des Arts exhibition space free of charge to the selected artists, with 100% of sales going directly to them. Discover the work of photographer Marjorie Anctil.

Guided Tour of the Village —> From Thursday to Saturday, Montréal Pride, in collaboration of Spade & Palacio Tours, offers a two-hour walking tour of The Village with a professional Montréal tour guide. The neighbourhood we now know as The Village in the Centre-Sud area has come a long way, from one of the first residential areas outside of the fortified city, to its heyday as an industrial district and a working class neighbourhood, to the eastern extension of Montréal’s vibrant downtown core it is today. Truly a village within a city, this neighbourhood has its own cultural venues, local shops and eateries, public markets and distinct architecture, not to mention the sizzling nightclubs along Sainte-Catherine Street that help maintain Montréal’s reputation as a “Sin City”.

Pride Run —> Montréal Pride is delighted to partner with Les Galopins Running and Walking Club once again this year for the Pride Run in Mount Royal Park on Saturday, August 15, 2015, starting at 10 am. This year, proceeds will go to Arc-en-ciel d’Afrique. Whatever your level, there’s something for you: walking, running, alone or in teams, just lace up your sneakers and go! Meet-up at the Monument to Sir George-Étienne Cartier.

For the complete programming: http://www.fiertemontrealpride.com/en/pride/schedule/

Founded in 2007 as an initiative of Montréal’s LGBT communities, Montréal Pride is now the largest LGBT gathering in the Francophone world. The organization’s primary mission is to support and promote local LGBT communities while serving as a beacon of hope for people around the world who continue to battle injustice. Each year, Montréal Pride attracts close to 400,000 local and international visitors during a week of cultural and Community activities, including the Pride Parade and Community Day.