Category | One on One/ Interviews
I can’t believe that homophobia still exists in 2014! 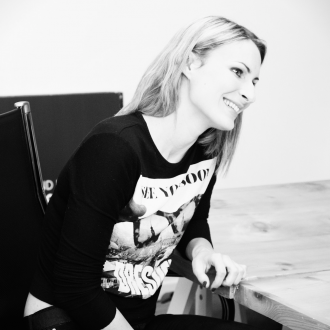 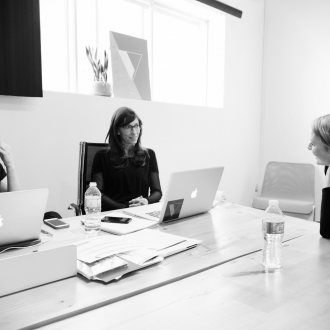 Last week, Lez Spread the Word met up with actress Mélanie Pilon in the shower. The mood was casual … OK, so not exactly. We actually met her in LSTW’s brand new offices. The shower was just to get your attention.

Speaking of attention, there’s been plenty of it for Mélissa Caron, the character that Mélanie Pilon plays on the prison drama Unité 9. “I try to respond to everyone on the social networks!” exclaims the actress almost as soon as the interview gets underway. But before we can ask any questions, we transition into a deep conversation about how sincerely touched she is to see how much interest the lesbian community has taken in primary worker Caron.

“At first, I really wasn’t expecting the tidal wave that the character created. I was just being her, I never expected that,” explains the actress, starry-eyed.

“I’m proud! Proud to see that good has come out of it and that it’s helped further the cause. I can’t believe that homophobia still exists in 2014,” she adds.

Mélanie Pilon also revealed how moved she is by the testimonials and positive messages she receives from viewers. Playing such a significant role and considering the context in which the character evolves compelled her to take a position. For her, homosexuality is so natural that she admitted she hadn’t given any thought to preparing to play a lesbian. She met with a primary worker to learn more about the job, changed her diet and pushed her body by ramping up her training regimen, but never considered the homosexual aspect.

We were thrilled when she said that things resonated for her in the same way as if her character were heterosexual – that it was really about two human beings coming together. Her onscreen love interest may have softer skin, but, more than anything else, the actress gave in to her most tender side, the core of her femininity.

Mélanie Pilon confesses that she had always refused to film nude since any scene along those lines was nothing more than subjective. She had promised herself that if she chose to shoot a nude scene, the nudity would be authentic and justified and not just a ratings ploy. “I wanted it to communicate a message. In Unité 9, it gave meaning to the scene.

That intimacy between two people broke down the barriers of authority and gender. Love has no gender, and, beyond that, it’s beautiful to see Mélissa step out of her uniform, her weapons, and everything else. It’s an encounter: you don’t choose the person you fall in love with. It may be more like a modern Romeo and Juliet!” explains the actress.

And what about those comments from women on the social networks that can sometimes be pretty direct? “It would make me more uncomfortable if the comments were left by men. The messages can get explicit but I find them funny.”

Mélanie was actually looking to play a “tougher” role in a new range. While she does have a girlie side, there’s also a more boyish part to her that she wanted to develop. Moving away from the girlfriends, mistresses and hot girls she’s played so far, she wanted more substance. To her, primary worker Caron is like a cat: she observes, she has strength of character.

And that’s when I couldn’t help but blurt out that the final scene of the last episode actually, strangely, reminded me of tigers pacing back and forth, in this case right in front of Jeanne’s cell. Right, ok …

Mélanie should be getting the scripts for season two very soon. Around here, we were as enthusiastic as Burt and Ernie when we found out.

We ended the interview, which wound up being more of a fun and lively conversation, by asking the actress about the roles she’d like to play in the future.