Category | News
Social media made it possible to not only reach, but elicit commitments from, large pools of the population, via “likes,” “tweets” and promotional videos. 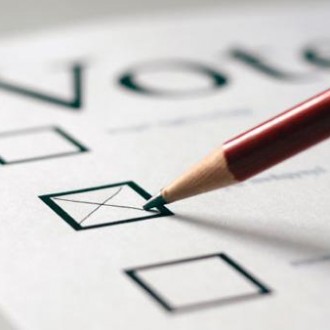 Voting in favour of the constitutional amendment “Marriage may be contracted in accordance with law by two persons without distinction as to their sex,” Ireland on May 22, 2015, became the 20th country in the world to legalize homosexual marriage, and the first to do so by universal suffrage.

In the face of decisive results—62% for and 38% against—and strong voter turnout (60.5%), the Irish government announced its intention to accelerate the process so that the law could be passed by late July.

The referendum is important for two reasons. The first is the population’s massive approval for the question. In Ireland, any change in the constitution must be preceded by a referendum.

The second is the surprising nature of the results. Ireland is known for its social conservatism, a consequence of the strong presence of the Catholic church. Eighty-four percent of its inhabitants describe themselves as Catholic, and 50% go to mass every Sunday. Homosexuality was only decriminalized in 1993, and abortion is still illegal.

Included among the amendment’s opponents, therefore, were Catholic intellectuals, prominent figures and activists, as well as evangelical Catholics and Protestants.

And yet the votes testified to just how far the Irish mindset has evolved. Among the partisans of the “yes” were all of the political parties, from the incumbent Fine Gael to the opposition.

It must be stated that not all Irish priests were in the “no” camp, as the country’s bishops and the Vatican were. According to the priests, the hierarchy’s stance was one that had gradually ceased to reflect the values of their parishioners. Significantly too, the church’s motivating power in the debates preceding the referendum was more discreet, given the child abuse scandals it has recently been implicated in and which have shaken the public trust.

First was the decisive support of the young. Some 68,000 newly eligible voters registered to vote and many living abroad returned to the country to exercise their citizens’ rights.

The influence of the social media was also significant, even comparable, to that of the traditional media, as much for the “yes” campaign as for the “no.” Social media made it possible to not only reach, but elicit commitments from, large pools of the population, via “likes,” “tweets” and promotional videos. Voters were effectively mobilized.

In the meantime, the debate rages on elsewhere in the world. Northern Ireland remains alone among the United Kingdom’s regions in not extending civil rights to same-sex couples. It is now Germany’s turn to feel the pressure to follow in Ireland’s footsteps. In the US, where certain states have already taken the plunge, homosexual marriage is being held up as a constitutional right. But in the wait time for the list to get longer, a great number of matrimonial unions are planned in early autumn in the Emerald Isle.