Category | Arts & Culture
But how will her straight-laced family react when they find out that the woman they thought was their daughter’s roommate is actually her fiancée? 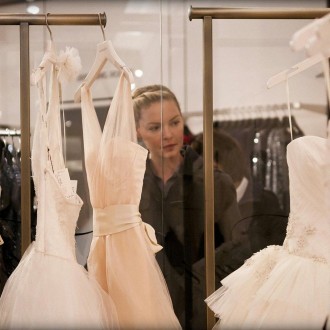 A much awaited trailer for Jenny’s Wedding, which stars Katherine Heigl as Jenny and Alexis Bledel as her fiancee.

An Indiegogo campaign was launched by the team to help raise money for post-production costs. They reached 96 991$.

Directed by Mary Agnes Donoghue, the movie is scheduled to be released on July 31, 2015.

Katherine Heigl – Known for her roles in Grey’s Anatomy and 27 Dresses.

Alexis Bledel – Known for her role as Rory Gilmore in Gilmore Girls.

Jenny Farrell (Katherine Heigl) is getting married. But how will her straight-laced family react when they find out that the woman they thought was their daughter’s roommate is actually her fiancée? As the old-fashioned Farrells attempt to come to terms with the prospect of a surprise daughter-in-law, they face a difficult choice: either adapt with the times or risk being left behind.

The amazing grace of a two-spirit journey In 2016, Ma-Nee Chacaby committed her memoirs to paper—a life of hard hits that the Ojibwa-Cree grande dame has overcome with courage and resilience. The...

The magazine’s 10th anniversary marks a decade of collaboration between lstw and Montréal microbrewery Brasserie Harricana, whose ties are rooted in their shared sense of...