Category | News
Now both living in New York, they have been trying to stay together and avoid divorce while making people laugh. 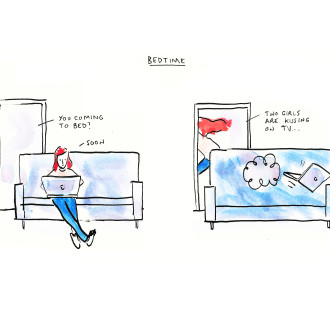 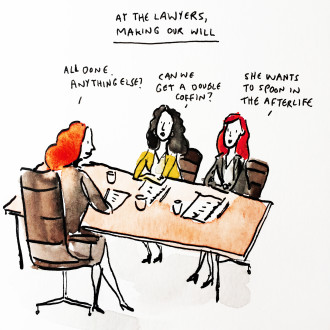 LSTW had the chance to chat with Jess Salomon and Eman El-Husseini, the lovely (and oh so funny) comedian couple behind THE EL-SALOMONS, just a few days before their Montreal live show at L’ASTRAL (presented by CRAVE, and filming for the first time in Montreal).

The surprising duo (Jess is Jewish and Eman is Palestinian) met and fell in love at a comedy club in Montreal almost 10 years ago when a friend of theirs suggested they should kiss.

Now both living in New York, they have been trying to stay together and avoid divorce while making people laugh, hitting stages at the Just for Laughs Festival in Montreal and performing at the San Francisco Sketch Fest, the Boston Women in Comedy Festival… (just to name a few). 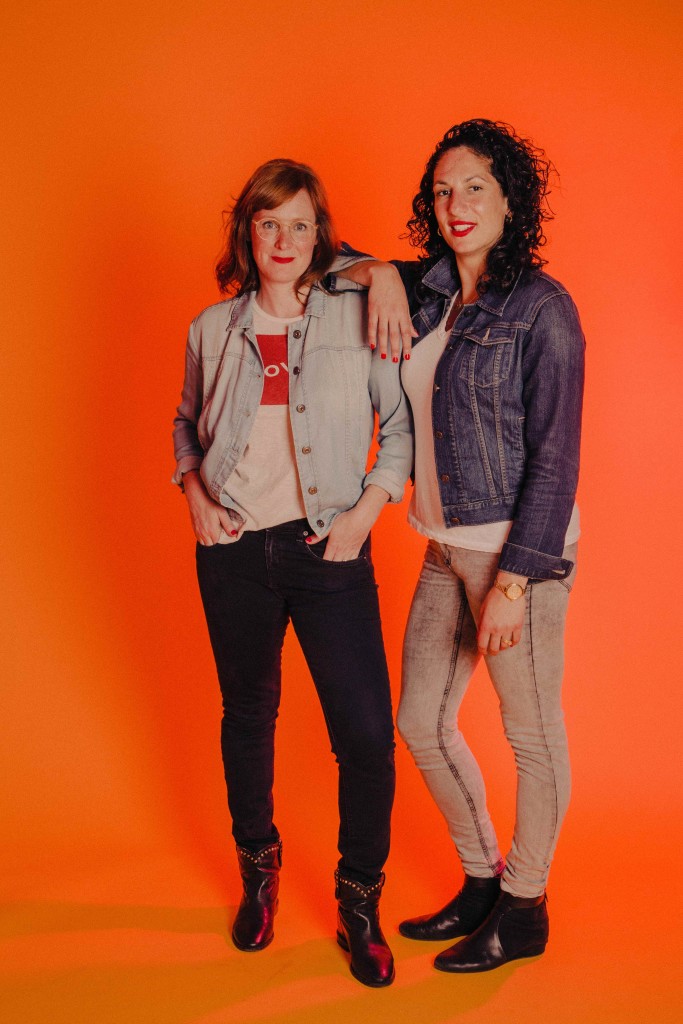 To spice things up and to make this article even more fun, Jess and Eman each answered our questions without consulting each other (maybe also a good reminder that, despite the fact that they are in love and do everything together, they are 2 individuals #symbiosisalert)

LSTW: If you could move to ANY country/city in the world tomorrow, where would that be?

Jess: My favorite places to live are Montreal and NYC and we’ve lived/live in both. How lucky is that? I sometimes think about living on a mountain or on a beach in a small town but I’m wired for city life at this point. It’s probably not healthy.

Eman: I always wanted to be in NY. But if Jerusalem was safe for Palestinians I’d definitely want a place there.

E: Bagels. Specifically, a Montreal sesame bagel. They are very similar to what is known today as Jerusalem bagels. Which I grew up eating.

Comedian you looked up too when you were a kid?

J: The first comedian I looked up to was probably Ellen DeGeneres as a teen. I watched SNL and all the big sitcoms. But I wasn’t really obsessed with comedy growing up. The first joke-joke I remember repeating as a kid was from the Japanese chef at Beni Hana. He reached for the soy sauce and called it “Japanese Coca-Cola” and I lost my shit. I wasn’t really a connoisseur – of comedy or Japanese cuisine.

E: I watched all the comedy specials I can get my hands on at the local blockbuster. Ellen DeGeneres’s Here and Now special was the first one I loved from top to bottom. As well as Kat William’s Pimp Chronicles. Was completely floored by Wanda Sykes I’ma Be Me special and recently here newest special on Netflix: Not Normal. I also adored Bill Burr and thought I’d marry him one day but I ended up falling in love with another red headed comic.

If you were stuck (together) on a deserted island – what a day in the life of THE EL-SALOMONS would look like? (details please)

J: Oh man. Ok. I’d be under the shade and Eman would be tanning and we’d be arguing about what we’re going to eat and whose fault it is that we ended up on this deserted island. But we’d also both agree it’s nice to be alone on a deserted island and if we’re going to die at least it’s together. Is that sexy?

E: Man! That’s actually my dream. Being on a deserted island with the woman I love and a year long tan!! We love to indulge and are very pleasure driven so hopefully good food is accessible. We already have stimulating conversations and stimulating other things. We’d finally get around writing a book and a script about how important it is to follow your heart and marry someone you are not supposed to marry.

We imagine you laughing all day and cracking jokes at each other outside of the show – can you describe your insta life versus your reality life? (Yes, we went there)

J: We do laugh a lot! Eman loves to be roasted so I tease her quite a bit. Some of that is too personal for Instagram so I’d say that is the difference? And we do also fight … some of those arguments become jokes once we’ve had some time to cool down. Most of our fights boil down to me being a control freak (her words) and her being an extremist (my words and I promise not a reference to her being Arab).

E: Honestly I feel like they’re pretty similar. Jess and I don’t shy away about being open about are disputes. I love the woman but she drives me nuts. Such a control freak but also so adorable.

Sentiment (if you had to pick one) you would like the audience to feel during and/or after the show?

J: Just one? I’d go with happy. But if I got a second, open hearted? Is that cheesy? Three would be excited to buy merch and follow us everywhere.
E: To see me for the celebrity I am meant to be, already. (It’s taking a while).

Have you noticed a change in the public’s reactions / interactions with you and towards your performances over the years? Why do you think that is and how do you adapt?

J: People are so much more open. There are so many more places to do comedy and reach people we wouldn’t have been able to reach before. And I’ve noticed people really enjoy seeing us together even if I like to remind people that we are INDIVIUALS too.

E: We have both been doing comedy separately for over a decade. We work hard at getting better and improving our craft. People definitely see that especially if they’ve followed our careers for a while. The feedback we get has gone from backhanded compliments: “wow you’re finally funny” to “HOW DO YOU NOT HAVE A TV SHOW??”. I’ve been in this 12 years now and I know some comics get their big break 20 or even 30 years in. So you gotta put your head down and keep working regardless of what happens around you because I’m actually stuck doing this forever. I dropped out of University for this shit.

Fav (Crave) TV show?
J: We don’t get Crave in the US but I know they have Shrill and Veep and I love those shows.
E: The El-Salomons Comedy Special.

What’s next for you? (Spoilers welcomed)
J: More live shows including in Toronto for JFL42. Follow us on Instagram @theelsalomons to keep up there with our cartoons and check out our calendar on our website www.theelsalomons.com. In terms of dream projects, we’d like to have an animated sitcom, a graphic novel and a podcast together. Those are all things we’re working on.
E: Fame and fortune, of course!

Article and interview by @mardjii