Category | One on One/ Interviews
I would love to catch fireflies, see the aurora borealis, be mischievous, steal flowers. I want to spend an entire night making the world over while drinking negronis. 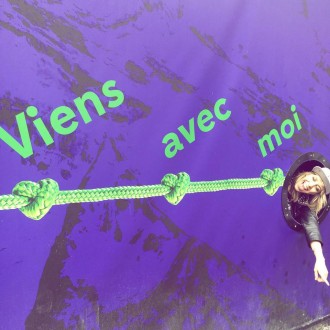 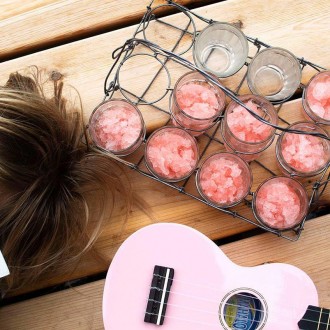 Multidisciplinary artist, Laurence Nerbonne accomplishes herself in both painting and music. In addition to exhibiting in various art galleries, she was for many years the lead singer for Hôtel Morphée (the band was dissolved in February). Recently, through social networks, it was announced that she would return to the scene with a solo electropop project.

1- Tell us about the new “Laurence Nerbonne” project?

It all happened a lot faster than expected. I had it in mind that I really wanted to push song composition further and explore new sounds and textures. I had a yearning to present music that was close to me and representative of who I am as a person from A to Z.

2- Can you tell us about yourself and your artistic journey?

I studied a lot of things but never music or arts. I wanted a job and security because I didn’t know that it was possible to earn a living as a painter or a musician. But I always had this insatiable desire to create. As a child, I studied classical violin and my parents always brought me to museums. I think the idea of creating things came early in my life and that’s what guided my artistic journey. I started playing violin in bands but quickly realized that I wanted more, which is where I got a taste for songwriting.

3- What do you dream about doing this summer?

I would love to catch fireflies, see the aurora borealis, be mischievous, steal flowers. I want to spend an entire night making the world over while drinking negronis.

4- How would you describe your new sound?

The first time I had to answer this question I instinctively said “Tropical Pop”. My music is a mix between American pop (Kanye West), Swedish pop (Mö) and my native language French which is always evolving. I think it’s a beautiful combination.

5- Do you think that women help each other in the music industry? And if so, in which ways?

I was in a band with a lot of guys and I found it very difficult to make my voice heard. Even though I think that equality between men and women in music is still a little ways away, I’m confident that we will get there. Generally speaking, I think that women should strive to take more space in the industry. Some women are still afraid to take credit for what comes their way. There is no shame in saying that as women, we compose, make beats and work with sound software etc. I think that things would be great if there were more female music producers, sound engineers and sound(women) etc. And if the term ‘soundwoman’ doesn’t already exist, well then I just invented it.

6- Tell us about an obstacle that you’ve had to overcome as an artist?

Sometimes I ask myself why I do this, I say to myself that it’s all for nothing because nothing is concrete. But then, I’ll get messages from people telling me that what I do makes them feel good and that makes me really happy!

7- What are your inspirations?

People who do what they want, people who live their dreams and take leaps of faith.

8- If you could share the stage with one artist, who would that be?