Category | News
By opening the debate around medically assisted procreation, we are on a slippery slope in regards to the manner in which it deals with the reality of our communities. 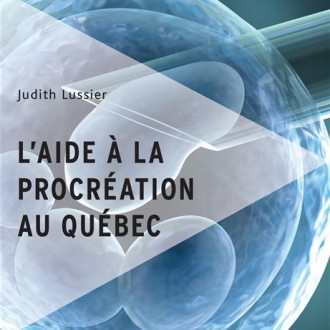 A reform has officially been announced. The book by journalist Judith Lussier, entitled Assistance for procreation in Quebec, therefor arrives at precisely the right time.

There has been talk of this reform for several months, and we have been overwhelmed by the feedback from our entourage. There are a lot of preconceived notions and urban legends. Quebec’s advancement for the rights of same-sex couples seemed to give an impression of acceptance and openness. Yet, to which point is the population informed and in agreement with same-sex parenting?

Judith Lussier’s book has been an eye opener for us on certain realities. It deals with facts, the history of the program, research, and the statistics. A must read for those who want to be fully informed before embarking seriously in this debate.

As alarming as it may seem, and even if the Health Minister does not want to confirm it, the program would limit the funding and access to medically infertile couples, according to Radio-Canada .

This reform would completely exclude homosexual couples from the program . In her book, Judith Lussier explains how funding for same-sex couples is in fact, a minimal expense for the province:

«Single and lesbian women who turn to MAP are a minimal expense for the province, because they generally use artificial insemination. This is much less expensive than IVF, and they often pay the majority of the costs. For those who wish to offer their child the option of knowing the donor in the future, this is a cost that is not covered by the program.

The media attention around the expenses of MAP, in reference to same-sex couples seems thus disproportionate when compared with the weight of economic negligence we see represented in these facts. »

By opening the debate around medically assisted procreation, we are on a slippery slope in regards to the manner in which it deals with the reality of our communities.

“One of the expected dangers to arise from the debate on assisted procreation is that any opposition will become interpreted as homophobic,” says Judith Lussier.

She quotes Mona Greenbaum, representative for the Coalition of LGBT families: “In Quebec, most people know that it is not politically correct to be homophobic, but when we talk about same-sex parenting, it opens the door to resistance.”

Reproductive assistance in Quebec was established in 2010 and covers medical and financial aspects of the program.

This program may not be perfect, but we agree with Judith, it is about social choice:

“A choice that values planned parenting, a choice that reduces disparities between infertile couples, and that recognizes the legitimacy of non-conventional families. ”

Get her book in a bookshop today!