Category | Arts & Culture
Her photographs, often to the backdrop of an authentic Syria, are really the stolen images of a young and beautiful Croatian girl living in London. This combined with a chaotic geopolitical context made for the perfect ruse. 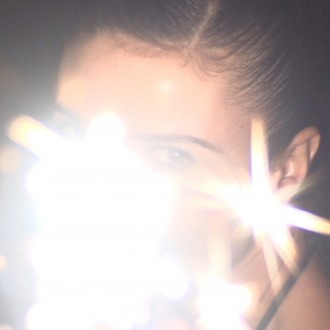 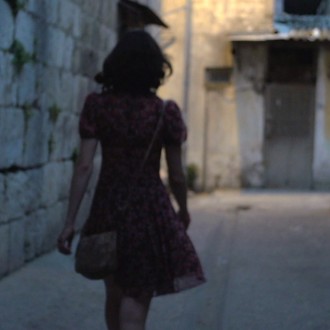 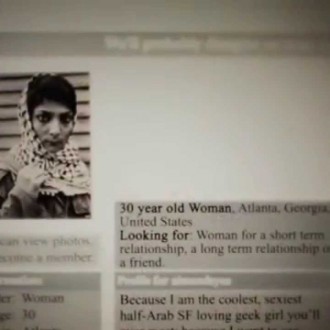 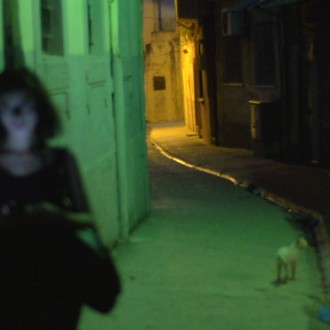 What started as a beautiful lesbian romance quickly became one of the most infamous sociological web-based hoaxes. Created by Quebec director and writer Sophie Deraspe, best known for Rechercher Victor Pellerin and Les Loups, Le Profil Amina is both a personal account of the Amina affair and a well studied perspective on the ways in which people connect in today’s virtual world.

Early in 2011, Sandra Bagaria a young French woman newly living in Montreal, falls in love and enters into a passionate online relationship with Amina Arraf the American-Syrian from Damascus. Up until this point in their story, nothing is out of the ordinary for the young lesbian couple.

However, their story is anything but ordinary. Strongly influenced by the Arab Spring, Amina voices her support of revolution and creates the blog “Gay Girl in Damascus” where she openly displays her sexual orientation, discusses daily life under the regime of Bachar Al-Assad, the unconditional support of her family and aspirations of her fellow citizens. It is this blog that eventually draws the attention of activists in the Middle East, the media and international LGBT rights supporters.

Despite strong censorship and irregular internet service, Sandra and Amina continue their long distance online affair. Until one day, Amina suddenly disappears, taken by the Syrian secret police. As the international media turns towards the story of her disappearance, forces converge to find Amina and save her from torture and death.

What happened next is well known to many around the world. The great reveal is that Amina never really existed at all. Her story is a hoax. The young and beautiful Syrian lesbian is in fact Tom MacMaster, a middle-aged heterosexual American man, married and living in the UK.

The twisted game is almost perfect. Amina is a well written character.

“Every time I had questions or that we had planned to speak, something important would come up” remarked Sandra. “Amina would have to leave suddenly, she was being watched, the internet was blocked…When the Guardian published an interview with Amina, my doubts dissipated. Just before she was kidnapped, we were supposed to meet in Italy. It was without a doubt this event that forced Tom to precipitate Amina’s disappearance.” “Over many years, Tom had created an entire lesbian identity” continues Sandra,”I wasn’t the first person that he had an online relationship with. Amina was already in existence for a while before me and maybe exists still. She is his alter-ego”. It was a fiction so real and well portrayed, that even their sexual exchanges did not leave room for the tiniest bit of doubt or suspicion “ the virtual world is imaginary. It leaves room for the imagination and interpretation. It was credible”.

Sophie Deraspe, a friend of Sandra Bagaria, was intrigued by the story. “When the truth came out, that very moment, I knew that we were living something horrible and extraordinary. I wasn’t going to ask Sandra to film it. There was already a lot of media attention surrounding her…But I did tell her that we were living through a film. I left the door open”.

Six months later, Sandra offered Sophie her archive of correspondences and gave the green light to “do something with it”. What resulted was a smart collection of interviews between Sandra and various journalists, activists and bloggers who played a role in telling Amina’s story.

According to Sophie Deraspe, this is a universal story because it speaks to the times that we are living in, one of fabricated identities, illusions of love and a now culture. It is a society in which we now have the ability of live an online life that a separate from reality.

“I knew very quickly that the film could not end with the simple realization that Amina was really a man and that everyone had just been fooled” she explains,“too many people were fooled”. The idea that progress in a nation where homosexuality is a punishable crime, would come at the hand of a white western heterosexual man, was immoral.

This is why Sophie sought out many protagonists from all around the world in order to give them a voice.

“The final word should belong to Syrians who are still living in strife. These people have been discredited, cast aside and deprived of the attention that they needed during a time of revolution. The regime used this situation to say that the revolution was inexistent and that the rebels were being manipulated by the Americans who had problems with their sexual orientation” Sophie continues.

It was also an opportunity for Sandra to find closure. To take back control of her story and image. “Today, Sandra will be associated with something of her choosing. Until now, she did not have that chance”.

Sophie Deraspe successfully gives back to the victims of the Amina affair, a bit of the time that was stolen. It has also garnered attention regarding the ways in which we interact and consume information. According to her, we must “accept that certain things take time”.

This documentary watches much like a fictional film. The audience leaves with as many questions as answers. Both torn and enraptured by the ambiance of the hot Damascus alley ways and the beautiful middle eastern culture that represent much of feminine eroticism. Of course, those looking for something along the lines of “mille et une nuits” from “La vie d’Adèle” should pass on this film. However, one thing is for sure, Le Profile Amina will leave no one indifferent.