Category | Arts & Culture
I think that there is a lot more acceptance these days, a lot of work has been done by organizations and individuals in an effort to sensitize society. 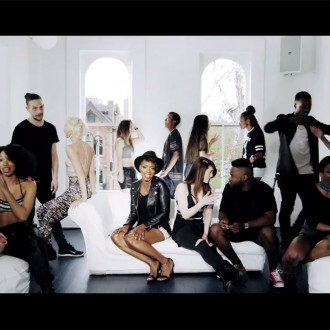 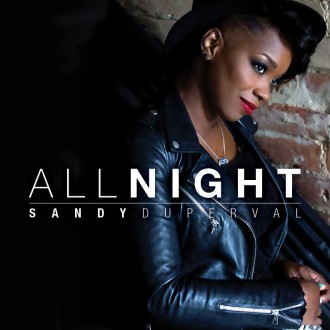 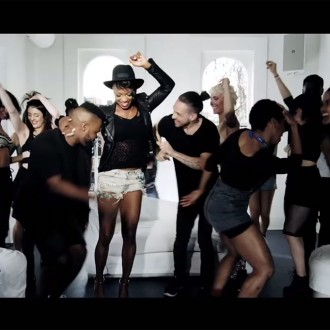 Sandy Duperval is set to release “All Night” the first song off of her debut album soon to be available this fall. Seemingly, this new composition is a second wind for the Montrealer who has surmounted numerous personal challenges. I met with the both authentic and generous artist.

1- This new project is characterized by yourself as a “return to music”. However, having seen you over the years at Unity, New City Gas, Lesbomonde, in the musical Hairspray and at Pride celebrations, the general public did not necessarily have the impression that you had disappeared…

After Star Académie, I left for Germany, I put a strong emphasis on my career as a DJ. I have been out of the music industry as an interpreter for at least ten years now. This is really a return to being a writer-composer. It is a return to being an artist.

The album is a hymn to freedom and possibilities. I want people to know what obstacles and enormous tragedies I’ve survived. I want to say that everything happens for a reason and that everything that must happen will happen. We must never lose sight of our dreams. We must never stop dreaming and working hard for those things that we hold dear.

2- What is the tone of your album?

The entire album is very personal with a touch of today’s feel and somewhat electronic, acoustic sounds. There are many collaborations. It tells my journey, my history. In a way, it’s my diary. I lost my both my mother and grandmother in the last three years. There is a song – hommage à ma mère – that I still have difficulty performing but that I think it can greatly inspire a lot of people.

I was also in a five year relationship and we were engaged. So, there are love songs and some that are very personal to my ex partner. But it is all delivered in a very light manner. The album is not difficult to listen to. I have been working on it for a long time. It really is a representation of who I am. I couldn’t have asked for better and I’m really excited to share it.

3- s presenting yourself through music new for you?

Not at all. When I write and when I produce, it’s all inspired by the emotions that I’m living and from my surroundings, the things that I observe. I think that I would be living in vain if I did not share my story or inspire others. For example, a few years ago, I had an enormous crush on someone. It took me two years just to say hello. And the day that I did, I thought that I would faint. “All Night” is my way of putting it out there. It’s a song that was build up from my own shyness. I was finally able to say what I felt for someone who will never really know.

4- We know that you have always grown though music as a singer, DJ and producer, but who is Sandy Duperval the woman?

I’ve never really had an opportunity to discuss this. When on stage, I give my all despite being a shy person. I have a lot of difficulty approaching others especially when I am particularly interested. I inherited a lot of who I am from my mother and grandmother. They gave me strength of character, integrity, dignity and pride in who I am in all my differences. I never came out to my grandmother but in her will and testament, she said that she knew and that it did not in any way change the love that she had for me. She was the love of my life and was a very religious person.

I always introduced her to my girlfriends and never did she judge, confront, incite or prevent me from living my life. However, we never explicitly talked about it. It was my way of respecting her convictions, her view on things. This album is my way of saying to everyone that I have a story to share, a story that I am proud of and for which I have no shame.

5- Last year in an interview with the magazine Fugues, you mentioned not finding it necessary to do an official coming out. Is this still the case?

If you ask me the question, I will tell you without any problem. But as an artist, whether or not you are gay, opening the door on your personal life can lead to uncontrollable situations – especially when you come from a relatively homophobic community. That is the only reason why I have never found it necessary to have a coming-out as such. With that said, being honest is extremely important. Simply put, I rather emphasize what I do in the studio and not what I do in the bedroom.

I know people who have difficulty assuming their homosexuality and who are in hiding. That isn’t the kind of life that I want for myself. If people want to judge me, that’s fine and I can accept that. However, I am very conscious of other peoples sensibilities and I respect them. It is often ignorance. I openly discuss this with people who are accepting and sometimes even have debates. And I’m realizing that people are a lot more open than we would believe.

6- Has your sexual orientation led to any difficulties?

I think that there is a lot more acceptance these days, a lot of work has been done by organizations and individuals in an effort to sensitize society. That being said, it’s still taboo. For me, it was never really important, I just lived my life. It’s like saying that nothing can get to me unless I let it.

I do admit that it can sometimes be a challenge as a woman, as a woman of colour and as a gay woman of colour. But I have been able to work with people with whom I have had good relationships and who have known my partners. If the person who hires me is unable to accept who I am, then maybe we aren’t fit to work together. I’m lucky to have never had that problem. Everyone who has contacted me in order to propose contracts or invite me to events have been open and educated individuals who like what it is that I do. This is something that has kept me in the industry, otherwise I would not have continued on.

7- What is your relationship with the LGBT community?

I owe my career to it. And I can say the same about my Haitian community. But in the LGBT community I feel at home because I’m accepted, free and I have a sense of being able to be silly and let go of my inhibitions. If Unity hadn’t offered me the platform that they did, I would have never had the same journey in music. I have an infinite sense of gratitude. I know that, in all that I do, I am not only representing Sandy Duperval but also the people who surround me. The community’s cause is my cause and I’ll always be a proud representative.

8- What do the next few months hold?

I have a lot of projects in process. Currently, I reside in Toronto but my office is still in Montreal (her production house Freedohm Records founded in 2008, ndlr). My grandmother was a chef, so I grew up with a passion for fine cuisine and world cuisine that is as strong as the passion I have for music. I’ll be starting culinary arts school in Toronto this September. Between courses and during vacation I will continue to make music, DJ and travel. It all allows me to continue growing. Without growth I would be depressed.