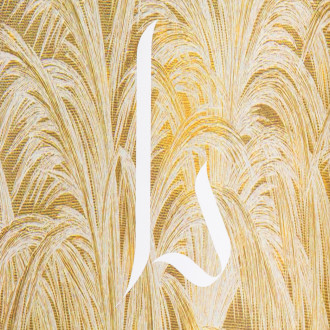 Retracing history’s earliest references to female homosexuality requires archaeological effort. The logical place to start, etymologically speaking, is with our namesake herself: in 600 BCE, the Greek poet Sappho was among the first to evoke lesbian love in her works. (The word “lesbian” is a nod to the poet’s birthplace, the isle of Lesbos in the northern Aegean Sea.) Over the centuries, numerous scholars (primarily male ones) dismissed her sexual orientation; early translations of her work transformed the objects of her desire from female to male. Today, though, the generally accepted interpretation is that her poems were erotic odes to women and the female form.

Throughout history, language associated with lesbianism has often been hidden or obfuscated by the women themselves, for reasons of survival or internalized homophobia, and by others as a way of trivializing or denying active homosexual desire. In Victorian Britain, for example, the euphemistic “romantic friendships” allowed lesbians to conceal themselves behind a commonly accepted term to describe passionate, but not always sexual, relationships between women. Often leaning heavily on the epistolary, these bonds came about in an era when women could call each other “husband” and “wife” and use the word “love” in letters without raising the alarm.

Although the terms “Sapphic” and “lesbian” had been used by Western women who refused to be pathologized, “lesbian” as a badge of pride only moved out of the subculture and entered into the common lexicon toward the 1970s. It was during that time that the gay-liberation movement gained steam in North America, following the Stonewall Riots, and rejected the stigma attached to certain labels. While they may have stood as symbols of freedom, these labels are sometimes criticized in contemporary queer theory as constraining and informed by a heteronormative system.

Almost 50 years have passed since the word “lesbian” was launched into the mainstream. What significance does the term carry today for women who love women?

“Lesbians Are Not Women”

French journalist and feminist activist Alice Coffin asserts that lesbian identity is still considered outside the norm in Europe because it involves women building their lives without men: “It remains a very radical lifestyle, and it continues to be very important to claim it in the political sense.” Several feminist theorists, including Monique Wittig, who left her mark on the feminist movement and, more specifically, the lesbian feminist movement of the 1970s and ’80s, expounded on this political phenomenon. Nodding to Simone de Beauvoir’s famous statement that “One is not born, but rather becomes, a woman”, Wittig affirmed that “Lesbians are not women.” She wrote that women are a paradigm developed by men through a heteronormative lens, and therefore lesbians—who oppose this framework—are not women.

In a 2017 conference, Tara Chanady, a Ph.D. student and lecturer in the communications department at the Université de Montréal, expanded on this theory of moving beyond gender roles: “In desiring women, in removing themselves from the heterosexual system, lesbians take on a gender that differs from the heterosexual female norm.”

Lesbians and the Male Gaze

Co-founded by Coffin, the Association des journalistes lesbiennes, gay, bi-e-s et trans has taken an interest in the online presence of the term “lesbian.” Using the Google.fr search engine, the first hits link to pornographic websites. According to Coffin, “The lesbian identity is once again usurped by men to create content for men.” Indeed, the sexual connotation of the word “lesbian” is so ingrained within Western society that it can even be integrated into and detected by algorithms. For instance, while preparing for the 2017 European Lesbian* Conference in Vienna, organizers used email addresses that included the word “lesbian.” Says Coffin: “We couldn’t understand why our emails went unanswered. We carried out tests and realized that the messages we were sending all ended up in the recipients’ junk mail because ‘lesbian’ was processed as spam.”

Chanady establishes that “lesbian” used as a descriptor can be looked at from the perspective of desire or from the perspective of identity. “Some people don’t want to be categorized. They don’t want to restrict desire, which is fluid, to certain categories because then they’d be stuck,” she says. “For me, my sexuality is fundamental to my identity. I claim the term ‘lesbian,’ and it’s a large part of who I am.”

Montréal-based trans activist Estelle Davis echoes the sentiment: “Nothing else has made more sense to me. I love the sisterhood that being a lesbian has given me.” Viewed as an exclusively cisgender community to some, the conversation around who can call themselves a lesbian can give rise to tensions. On July 7, 2018, at the London Pride Parade in England, a group of trans-exclusionary radical feminists interrupted the route with the aim of excluding trans women from lesbian spaces. Organizers responded by saying that the women’s actions were an unacceptable demonstration of bigotry, ignorance and hate.

“We shouldn’t take the transphobic behaviours of certain lesbian groups lightly,” says Davis. “We do all need to fight against them. But the harmful practices we see among those lesbians also happen on a larger scale around the world. The answer to eradicating transphobia isn’t to distance ourselves from lesbianism but rather from transphobia itself.”

The Lesbians of Tomorrow

The term “lesbian” seems to once again be evolving to better reflect the realities of the current generation. In order to adapt, its definition must be expanded. For the European Lesbian* Conference, an asterisk was added to represent sexual diversity, much like the acronym LGBTQ+. The conference’s organizers continue to think that the use of the term constitutes a form of empowerment and visibility for lesbians. “It’s important to name the word to demonstrate its existence and impact,” says Coffin. If one downplays its significance, the term “lesbian” could lose its history.

Nonetheless, keeping in mind the scope of contemporary intersecting identities, it’s important to articulate—and promote—a more inclusive definition. So as not to hinder our visibility, we must understand that the word isn’t a blanket term. Each reality and identity must be heard and represented.

By Marika Tourigny-Robert and Justine Tremblay
Visuals by Harrison Fun