Category | Essays
Acceptance does not come easily; history should be a lesson to all that it takes time, effort, fearlessness, vulnerability and many other things to succeed. 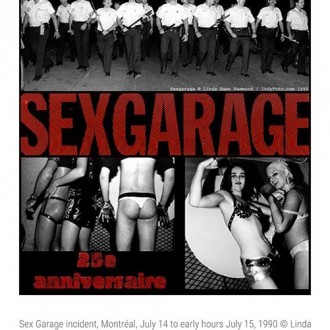 The fight for LGBT rights is widely considered as one of the most significant civil rights movements of our generation. The years have seen many hard-fought battles, the labours of which have not been fruitless.

This year marks 46 years since the Stonewall police raid. The protests and riots that followed led the way to the LGBT civil rights movement in the United States of America, a movement that would resonate around the world. After the success of yet another Montreal Pride, and in consideration of the Stonewall raids, it is important to remember some of Canada’s most marking events and to recognize progress.

Discrimination is the unjust treatment of different categories of people especially on the grounds of race, age, sex and sexual orientation. It is not new and unfortunately it is something that many people in our community have been facing on a daily basis for generations. It can be vicious, pointed and when at it’s finest it is a most destructive vice often used despite understanding. Society has never been at a loss when it comes to discovering new prejudices. Religion and race are among society’s preferred forms. Prejudices are continuous and seemingly never ending. Most recently however, society finds itself discriminating based on sexual orientation.

Unfortunately throughout the years, intolerance towards members of the LGBT community has persisted in Canada. On February 5th 1981, Operation Soap, one of Canada’s largest mass arrests was executed in Toronto. During the raid on Club Baths, nearly 300 men were arrested and 20 owners charged with “keeping a common bawdyhouse” despite there being no evidence of prostitution.

A few years later in the summer of 1990, Montreal experienced its own Stonewall when baton wielding police officers raided the Sex Garage loft party in Old Montreal, an event attended mainly by gay men, lesbians and drag queens. Many partygoers were brutalized during that early July morning, including Bruce Buck who was dragged behind a police cruiser and beaten by six police officers.

Montreal photographer, Linda Hammond was there and documented much of the raid. The very next morning her photographs would appear in the Montreal Gazette and La Presse sparking a wave of protest and unrest. Was it not for her, the extent of the abuse sustained by the victims would not have been known.

New ground has been gained and acceptance has been found in Canada. The protests, marches and riots that followed these two incidents contributed to the eventual amendment of the federal government’s Canadian Charter of Human Rights and Freedoms to include sexual orientation in Section 15 which guarantees “right to equal protection and benefit of the law without discrimination”. In 2005, same sex marriage became legally recognized in Canada after being passed in the House of Commons and given Royal Assent.

Most recently, the historic bill 77 was passed in Ontario. Many Canadians were dismayed upon hearing that conversion therapy, a bigoted pseudo-science that has long been recognized as a fruitless and damaging attempt to change an individual’s sexual orientation or gender identity, was a supported and funded practice in Canada’s most populous province of Ontario. Many thought that the days of blatant discrimination were long passed and were shocked that something like this had gone on for so long. It was a great relief to many to hear that ‘reparative therapy’ will no longer be offered to youth under the age of 18 and that it would not longer be covered by the provincial healthcare system for adults with the passing of this bill. This is yet another victory against willful discrimination.

Acceptance does not come easily; history should be a lesson to all that it takes time, effort, fearlessness, vulnerability and many other things to succeed. Perhaps the only thing that it does not require is luck. Acceptance may not be everyone’s natural state of being when faced with difference but it certainly is not happened upon. Society will march, protest and riot for rights in the face of discrimination. And as such, it is important to remember how far we have come and how far we have yet to go.