Category | News
It is a film about love, kindness, desire and changing times. 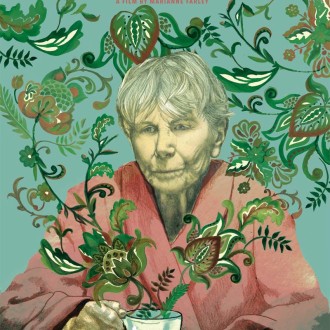 It was this morning that the nominations for the 91st Academy Awards on February 24 were announced in Beverly Hills. Two Quebec films will compete for Best Live Action Short : Fauve and Marguerite.

The short movie Marguerite, written and directed by Quebec’s Marianne Farley, has won about thirty international awards, including one at the Rhode Island Festival last August, which allowed her to qualify for the Oscars.

Synopsis: An aging woman and her nurse develop a friendship that inspires her to unearth unacknowledged longing and thus help her make peace with her past.

With Marguerite, I wanted to make a unifying film. I wanted to introduce a conversation about LGBTQ issues and the elderly, uncover loneliness and regret and embrace human vulnerabilities. I was inspired by the idea that a short film could act as bridge between people of different generations and of different communities. Hate crimes against the LGBTQ community are rising.

Because of this I felt an urgent need to bring this sensitive and touching story of intimate connection to the screen. I am a passionate defender of human rights. I believe wholeheartedly that only love, empathy and compassion can conquer discrimination and injustice.

Marguerite stems from that conviction. It is a film about love, kindness, desire and changing times.

Congratulations to the team & good luck!

Marguerite from Post-Moderne on Vimeo.