Category | Essays
By featuring stock characters and/or bending genders, women began offering new ways of creating humour and of being women, thumbing their noses at the social codes—or outright mangling them. 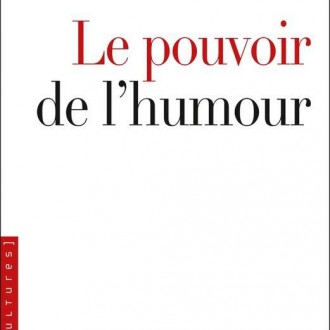 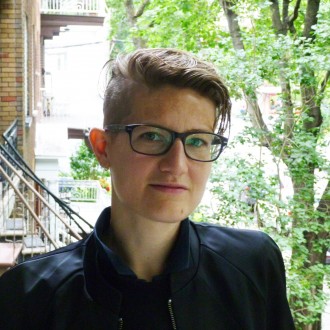 Though the Just for Laughs Festival takes place but once a year, for Nelly Quemener, sociologist and associate professor at the Université Sorbonne-Nouvelle in Paris, humour is serious business. According to Quemener, humour may well be representative of the changes that occur very gradually in our western societies in male/female relationships. She explains below.

If Nelly Quemener likes to study female comedians, she does so with a view to rethinking the conventional wisdom about men and women—i.e. gender. In her article on French female comedians in Recherches féministes, Quemener examined women comedians in the mass media, and in particular talk-shows, between 2003 and 2007. Quemener found that women comedians “reconsider the mechanisms of laughter by making the body an active element, and reveal the methods of categorizing gender through ‘super-femininities’ and ‘masculine femininities’ likely to call gender boundaries into question.

By looking at male/female representations in the way humour is currently created, particularly by women, and their professional status, she reveals both the mindsets and imperceptible mutations now occurring in our societies.

/ From the representation of stereotypes to the Queerization of humour?

In her article, Nelly Quemener points out that in many western societies, women are traditionally considered to be devoid of humour, and prone to sensitivity and passivity. In the 1970s, women began to step out onto the comedy stage, and in 1990, in less conventional sketches, began flirting with the question of gender. Female comedians, by gaining visibility on the stage and on television, began acquiring a greater freedom and expanding their horizons.

Recourse to clichéd, often exaggerated characters, such as blondes (the parody blond, the fantasy blond, the castrating blond, etc.) or “unclassifiable characters from a ‘gendered’ point of view or hybrid characters, i.e. who have masculine and feminine characteristics” blurred the boundaries between the person speaking and the character embodied. By featuring stock characters and/or bending genders, women began offering new ways of creating humour and of being women, thumbing their noses at the social codes—or outright mangling them. This, it was clear, was the Queerization of humour, in the sense that gender no longer acted as a criterion of social categorization.

/ Perspectives on Queer thought: a new wave for Cultural Studies

Initiated at seminars such as the Zoo, the new Queer thought is closely aligned with Cultural Studies, which is focused on the analysis of divergent cultures, and redefines the notion of Queer (a concept that appeared in the 80s to “bring non-straight identities together under a single term”). It was all part of a widespread acceptance by society that gender should no longer be considered a criterion of social categorization. If the LGBT perspective is determined in part by gender standards (the notion of lesbianism derives from the man/woman separation), this is not the case with the Queer movement, which opens up the possibility of an “imaginary world to collectively rally behind.” For Nelly Quemener, room must be made for people who do not correspond to the models disseminated by the dominant culture. By uniting feminist and Queer militancies with currents of academic thought, the objective is to “draw out a reflection of the interior” with a view to “constructing a Queer politics that goes beyond the question of equal rights.”

/ News from the front

Leaving behind the rifts between the different feminist currents, escaping the binary male/female relationship, avoiding the pitfalls of definitions, sparking a dialogue between theory and practice, reinventing thought and social configurations—these are the factors that allow such new thoughts to exist. With her latest work, Le Pouvoir de l’humour, Quemener continues to use the study of humour to challenge the power relationships in our society. According to Quemener, “the 2000s marked a real rupture: comedians who were women and/or from ethnic or racial minorities seized on humour and its subversive force. [They] sought to denounce the strictures of the binary masculine/feminine system and the exclusions of the republican model.”

On Tuesday, July 14, she was in Montreal to speak of the way deceased public figures are covered when their ethnic and racial origins and gender are taken into account, for the symposium of the International Association for Media and Communication Research.