Category | Arts & Culture
Dear ladies of Litchfield, know that I have high expectations for the third round. 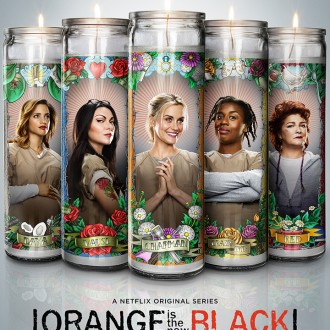 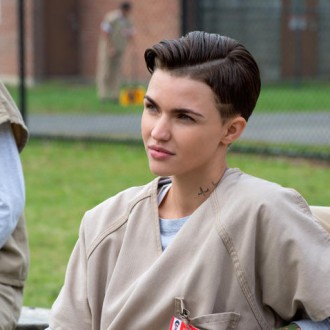 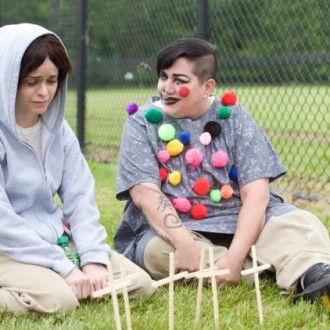 For its third season, Orange is the new black is available on Netflix on June 11th, 2015.

This season is highly anticipated partly because of a new member in the cast known as Ruby Rose, a real Casanova. With a dozen Golden Globes nominations last year, OITNB has forged its place in the television world (thanks to its lesbian fan base).

While I’m writing these lines, I’m convinced hat some of you have already binge watched season 3 entirely…Lucky you! I only had time to watch the first two episodes last night, right before falling asleep and dreaming of Piper and Alex, the notorious couple. You can love hating them or you can love them with all your heart, you have to admit their story keeps the action going. Of course the series would be nothing without its ton of excellent actresses that all have such interesting tales they could easily develop in miniseries.

Without further ado, here is my pep talk to every character in the series.

Dear ladies of Litchfield, know that I have high expectations for the third round.

Piper: Oh Piper, after seeing you cry your eyeballs out so many times, will you be more fierce this time? Seeing how you welcome Alex with open arms in the first episode, we understand Larry is out of the picture. I hope it stays that way, since we all wish for more scenes in the prison’s chapel, if you know what I mean…

Alex: As Luschek would say: Lichtfield’s pinup! Alex, come on, get a hold of yourself, stop crying and get back to being the bad ass chick we enjoyed watching the last two seasons. You will need all your strength to fight your rival, Ruby Rose!

Stella aka Ruby Rose: I will call you by your real name since I really haven’t met you yet. Let me tell you how I’ve heard about you and your famous wink. In an official rivalry with Alex, will your fan base defeat Laura Prepon’s? The future will prevail. Whatever happens, do not, I repeat, do not touch my Piper.

Nicky: Oh Nicky. Your jokes bring joy in every episode and my heart beats faster for you every time. Be careful with Luschek; don’t ever trust someone who exposes his plumber buttcrack. Even when you bow down to repair washers and dryers you do it with more dignity.

Red: Red, you seem more calm since you came back. Are you done with business? Have you lost all of your powers when you lost your kitchen? Too bad, we liked you as queen.

Lorna: Don’t you feel like escaping again Lorna? Why not take another bath in a wedding dress? I think if we all could send tons of red lipstick your way we would, only to prove our eternal love to you. And none other than Chanel, you don’t deserve less.

Pennsatucky: Your new hairdo is so sad! Did you cut it so that Piper won’t snap it in your sleep? I wonder what you have in mind, since you seem so laid back. Everyone knows a crackhead on the downlow really is only a bad thing waiting to happen.

Sophia: Touching moment in 3-2-1…with her, they are a guarantee. Sophia, I would let you do anything you want with my hair if it could only give you the peace of mind you deserve.

Poussey, Taystee, Cindy: The infamous trio who, this season, is left motherless with the death of Vee. Go back to being cool princesses of Litchfield!

Aleida & Gloria: Mothers will be mothers. When not fighting in the kitchen, they are fighting about children. Excuse me while I go get myself some popcorn.

Flaca & Maritza: The ladies forming this rock solid duo seem to slowly develop independent personalities. Well, it would be good to at least be able to distinguish the two other than because of their eyeliner!

What are you expecting in season 3? Did you already binge watch i? Team Ruby Rose or team Alex?