Category | Arts & Culture
It’s time to celebrate! We cannot deny that The L Word was an enormous success, the first TV series to make the lives of lesbians a main focus. 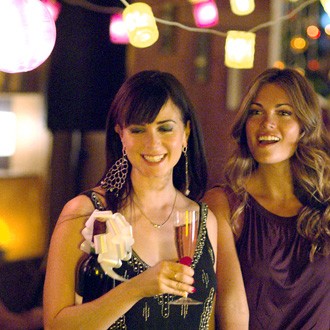 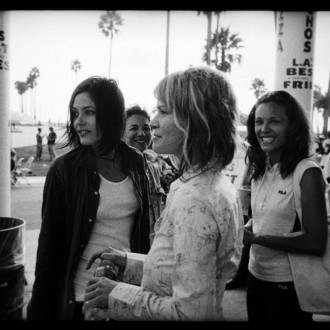 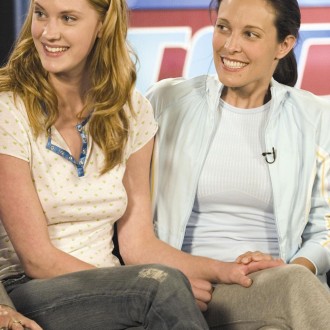 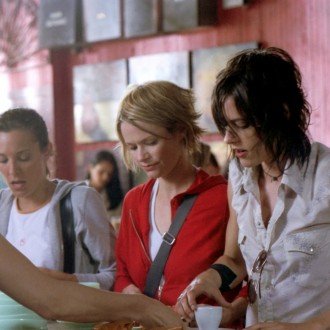 In its 6 seasons and 70 episodes, The L Word gave us a bunch of great television moments: a lot of meetings at the Planet, a camping trip, turkish oil wrestling, a very awkward basketball game, a lesbian cruise, a Heart show, as well as several special guests, such as Gloria Steinem and Elodie Bouchez. Let’s not talk about the flaws of the series, which have been discussed at length in the past.

It’s time to celebrate! We cannot deny that The L Word was an enormous success, the first TV series to make the lives of lesbians a main focus. Countless straight friends have thanked me for letting them borrow my pink DVD packs, leading them to develop a crush on Shane… who else! So, why not celebrate and watch an episode or two of The L Word? In the span of 10 years, flip phones got old pretty fast, but our favourite lesbians didn’t lose their charm!

I miss your passion, which made you the most loved OR hated character on the show. I miss your harsh (but true) words for your roommate Mark, and I miss seeing you dance on I Want You Back. I don’t miss the way you treated Sounder, and I don’t miss your circus flashbacks.

I miss you sexy power suits, and I miss your awesome house in which one could organize the best parties. I don’t miss your fake yoga phase, or your fake detachment toward Tina. Even after that whole plumber affair. Bette belongs with Tina. TIBETTE forever.

I miss your exasperation toward Jenny and her bogus Lez Girls script. I miss your brief moments of independence from Bette. I don’t miss your pregnant lady crazy vibes, but I guess that I shouldn’t say that, since it brought you… ANGELICA!

I miss your endless explanations of the Chart, I miss the ways in which you (unsuccessfully) tried to fight your attraction to Dana, and I miss you imitation of Salt N Pepa. I really don’t miss that weird episode where you were convinced that you were dating a vampire.

I miss your boogie girl attitude, and I miss THE PLANET! But I don’t miss the times when you acted all big sister on everyone, or that time when you dated MANGUS. Yvan was ok though.

I miss your awkward jokes, I miss the cute ways in which you tried to hide your attraction to girls, and I miss your Captain Dana outfit! There is nothing that I don’t miss about Dana… because, well, we always miss the dead.

I miss your frizzy hair, your childish drama, and the unexpected bond you developed with Alice. I don’t miss that weird time when you invited your kids to jump into your bed… while your lover was still there!

I miss your admirable efforts to convince Shane to wear a dress (success) and to convince her to marry you (failure)! I don’t miss having to watch you awkwardly DJ.

Of course, I miss your accent. But I don’t miss your bad girl shenanigans. Go away. Stay in Italy forever. Leave Jenny allllloooone!1!!

I miss your cute little Hollywood actress face, but I don’t miss your one-dimensional character.

I miss your raspy voice, your badass attitude, and the joy you brought to Alice. We want to see Alice happy, even without Dana! Oh, but I don’t miss your army phase.

Dawn Denbo (Cindi’s girlfriend, Cindi who had sex with Shane):

“You messed with the wrong bitch, BITCH!” + “it’s fucking ON!” + poor innocent lover Cindi = the best scene of the whole series.

Honestly, why did Adele even exist? Congrats for keeping us wondering all through season 5.