Category | Arts & Culture
After over 25 years of enhancing underground Canadian Queer culture, they celebrate their milestone in this exhibition with artefacts from their quarter of a century effort to change the world we live in.

Never Apart is thrilled to present the House of Venus / Wiggle 25 year retrospective this winter at Never Apart! Join them (and us) for the opening this Thursday, 6-10pm at Never Apart.

The House of Venus is a Canadian multidisciplinary art collective formed in late 1992. The mission of the collective is to create positive energy through arts and culture. In the early years, the “Venus Kids” started putting on theme parties, fashion shows and performances in the Windsor/ Detroit area before moving to Vancouver in 1995. There, they grew their mission by exploring new performance and media pursuits including the formation of a formal drag house and creating multiple films and videos. After over 25 years of enhancing underground Canadian Queer culture, they celebrate their milestone in this exhibition with artefacts from their quarter of a century effort to change the world we live in. 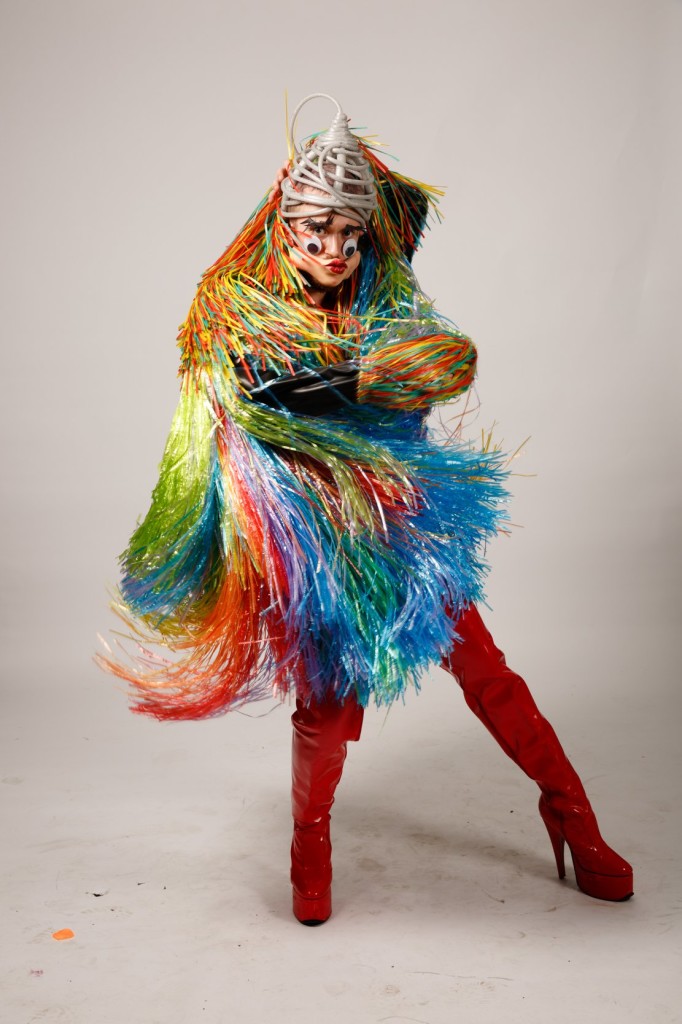 Conceived by The House of Venus in 1994 with the Arts Council of Windsor, “Wiggle” was born as an annual runway and performance event where artists and designers created wearable art. The collective was hugely inspired by designers like Thierry Mugler and Jean Paul Gaultier, The Warhol Factory and the drag, vogue and club kid scenes in New York. The annual affair then moved with the house to Vancouver where it became an annual fundraiser and legendary event on the West Coast for almost 2 decades. After 20 years, Wiggle began a new chapter with Centre Never Apart in Montréal and in 2019, the festival will celebrate its 25th anniversary at The Museum of Beaux Arts and Never Apart.