Category | Sex & Relationships
The other magic recipe for boosting libido is when your girlfriend shows her desire. And my partner had this tendency to protect me more during that time and I have to admit I found that really charming… 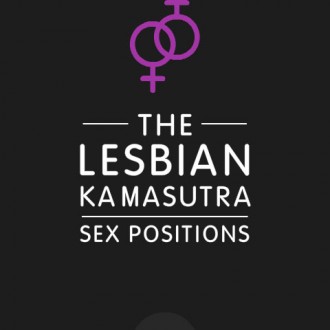 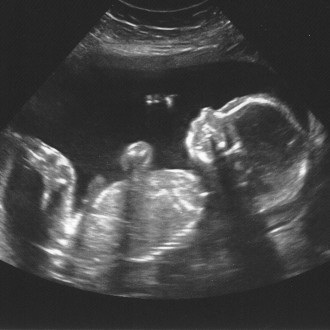 Making love while pregnant: is it possible? If so, how is it done? Or is it the start of the notorious lesbian bed death? Answers here, in a joint interview with Marie-Noëlle, mom of baby Alice, born March 3, 2015, and Audrey, who gave birth to Emma in 2012.

1- What were your fears or questions about sex during pregnancy?

Audrey : With my partner, we had all sorts of questions about what positions we could make love in without it hurting me … Because you have to admit: the positions are somewhat restricted during pregnancy.

Marie-Noëlle : My partner was working abroad for most of my pregnancy; she was only there for the first three months. We didn’t have to wonder what to do because we weren’t together. But I still found myself wondering if my libido would be different in pregnancy, and the answer is no! For the times we saw each other, everything was the same, except my belly, which was growing and embarrassed my partner a little. It turned out she wasn’t necessarily comfortable with it…

2- In practical terms, is it bothersome to be pregnant during the act?

Audrey : It’s only bothersome at the end of the pregnancy. The positions where your stomach isn’t weighing on your lungs are the positions to go for. Making love on your back? FORGET IT!

Marie-Noëlle : It’s more bothersome in the sense that you have to adjust to the big stomach. We couldn’t cuddle up to each other as much because the stomach was taking up all the room. But there are no impossible positions. You just have to adjust the usual positions.

3- In your experience, what are the positions to take (or avoid) based on the proposals here?

Audrey : The Laconic Lounger, but when your belly’s that big it’s hard to lie on your back because it crushes the lungs. The Rocket, Back That Ass Up, the Tawdry Tire-Swing, the Rockin’ Rockette, the Tantric Tête-à-Tête, the Strap-on Sizzle (but instead of lying on your back, you have to move a little to the side), the Belly Dancer, the Sultry Spoon: very practical with a big stomach. And the position to avoid: the 69. Impossible!

Marie-Noëlle : The positions that in my opinion are the easiest: the Double Duty, the Rockin’ Rockette, the Bermuda Triangle, the Sultry Spoon, the Ride ‘Em Cowgirl and the Bridge to Pleasuretown.

4- In terms of your libido, what were the easiest and/or hardest periods to get through?

Audrey : The most pleasant periods: from the third to the sixth month of pregnancy because you feel really good! Morale is at 100% thanks to the hormones and you’re still physically in shape. The least pleasant period: between the seventh and ninth months. You feel too fat, you have difficulty walking, you aren’t exercising much, you sleep badly because your stomach is so heavy, you always have the impression you’re going to suffocate and you always want to pee. So naturally you’re right away less inclined to make love…

Marie-Noëlle : : For me, the most difficult was at the start: I was often nauseous, I really didn’t want to make love! But that only lasted a month and a half. After that things went back to normal. But I have to admit that I was tired, which wouldn’t have been very practical if my partner had been there. The wanting-to was still present, but with the tiredness I think that it would have been more difficult after a day at work. And for the last months of pregnancy, it’s obviously less easy physically because of the big stomach…

5- When your body started to change, did you still feel desirable?

Audrey : Yes! One of the main factors is the mental well-being. The other magic recipe for boosting libido is when your girlfriend shows her desire. And my partner had this tendency to protect me more during that time and I have to admit I found that really charming…

Marie-Noëlle : I felt fat right from the start: you gain weight and you’re stomach’s visibly growing before you even realize it … For sure I felt a little less desirable! But that feeling evolves when the “real” pregnancy stomach appears.

6- Can you make love throughout the entire pregnancy? Or are there phases to avoid?

Audrey : You can make love throughout the entire pregnancy! The positions change, but there’s really no other problem.

Marie-Noëlle : Not having been able to make love all the time, because of the distance between my partner and I, I really don’t know how to answer that. I still think it’s possible to make love throughout the whole pregnancy if you listen to one another. All pregnancies are different, so it’s a case-by-case situation. You have to go by your wishes and respect one another.

Audrey : The most important thing after the birth: let the torn skin scar before doing anything. And anyway, with the breastfeeding starting and the fatigue, you start making love a month later on average. You have moments with the baby, you have skin-to-skin day and night with your newborn, and you just don’t have sex on your mind.

Marie-Noëlle : It’s different… There are more constraints—particularly the baby. In terms of the body, it’s recommended that you wait six to eight weeks before having relations. I didn’t know that in the beginning. I was so sore after having sex two weeks after birth. I would say that it’s wise to wait a little because the body isn’t ready right after giving birth. If you don’t—after the pregnancy, you’re mainly trying to solving this crazy equation: the baby’s schedule, fatigue, stress, housework, etc. But you’re also thinking about sex like you did before, that hasn’t changed—though you have to admit that a crying baby can be a bit of a turn off. So the secret is to try to plan a time when you can fool around, which takes away a bit of the magic. Especially since, in our case, our daughter is sleeping in our room right now so we’re less at ease making love “in front of” her. It has still happened, but it can make you a little uneasy. So we try to make love when she’s asleep, by going into another room. Basically, sex with a baby isn’t as easy, but the important thing is not to lose hope.

8- What would you like to tell future moms who are probably wondering about it themselves?

Audrey : It’s essential that the partners talk to each other throughout the pregnancy so that each can confide her fears to the other. It’s important too that the pregnant partner tells her girlfriend everything that she’s feeling, to include her, and not to exclude her! Because it’s a well-known fact, when there’s a pregnancy, the world turns around that belly and that woman who’s carrying the child. But the other partner exists! She’s the mother of the baby-to-be too.

Marie-Noëlle : The key is to be properly equipped. My girlfriend and I were really well informed before I got pregnant, which took a lot of the stress off. And you have to talk about your fears with friends and other women who have already gone through it. There’s nothing better than seeing what’s happened to others to get a sense of what you’re in for. And you can’t rely on just one person’s story because it’s different for everybody.