Category | Lifestyle
I dress the same way in my professional life than I do in my personal life and I think that part of my success definitely comes from the way I dress. People do like my style. 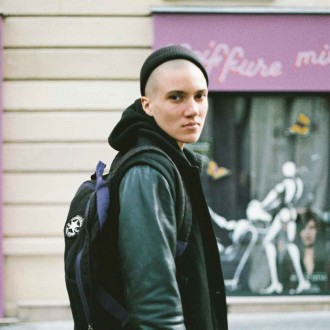 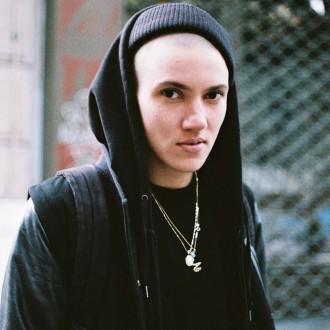 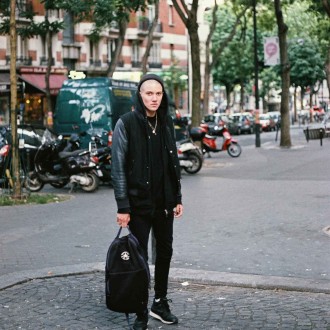 Heard of Tamy Glauser? She walked for Louis Vuitton, shot with Steven Meisel for Vogue Italia and as of September she will be signed with Next Europe. With her androgynous looks she has been able to find true success both on the man’s and the woman’s side. Nevertheless, she agreed to discuss the role of gender both in her personal life and in the fashion world.

1- Unlike in any other field, women in the fashion world tend to get more work, are remembered and known more easily than men. Since you have been able to experience both sides, is there one gender in which you feel more empowered?


TG : I definitely feel more empowered in the women’s division because it is much more glamorous and it involves more money, but it also comes with more pressure. But then, in the men’s division it is also really nice because I get to wear clothes that I would usually wear, whereas with the girls, well… high heels make me nervous (laughs). I appreciate the fact that I can work on both sides and benefit from their positive assets. So I wouldn’t want to choose one, but as far as empowerment goes, I would have to go with the women’s.

2- Do you think that the fashion world is more liberal than the rest of society, in terms of being opened to different sexualities and gender identities?

TG : Yes, for sure. In the fashion world, I feel like my person is appreciated and I don’t have to explain myself. I can be who I am and people like it. Whereas in the normal world, it is not like that. I have experienced some situations in which my appearance got misunderstood. It can be embarrassing and uncomfortable sometimes but I guess I am at a point where I am really used to it because it happens a lot…

TG : I think it is because fashion is art and art can be anything. Also, fashion has always pushed boundaries. If you think of Jean Paul Gaultier or Vivienne Westwood, they created something that wasn’t necessarily accepted in the normal world. Fashion is a place where you can pretty much be anything you want. The difference I guess between art and fashion is actually that with art you can work with anything and in fashion you work with people. In art anything goes if it has a story to it, and I think it is the same with fashion. You can truly be anything you want because it is an art form in itself.

4- To what extent do you think the way you dress get you where you want to be in your professional and personal life?

TG : I dress the same way in my professional life than I do in my personal life and I think that part of my success definitely comes from the way I dress. People do like my style. There was this moment when I shot for Italian Vogue and the creative director, Karl Templer asked for my input on the shoot’s styling. In fact, I actually can’t remember the last time I didn’t wear or use something of mine on a job. I don’t have the exact answer about why I have success in this business, but I do think that I get booked because of my style.

5- Do you think that you would be more successful in one gender? Or does that part of your success come from the fact that you can do both?

TG : No, I think that the first time people started talking about me was when I did Jean Paul Gaultier and Vivienne Westwood with a shaved head. Then I got more attention because I did the men’s Givenchy show wearing men’s clothes. At the time it wasn’t something that people really thought about and at that point, I guess I planted a seed. As of now, I feel like I have been able to prove that I can also do high fashion for women. It has gotten to a level that I never thought possible.

6- The model world is known to be tougher on women regarding their shape and weight. Do you think that as a woman experiencing a masculine side of this field, you are subject to those same pressure?

TG : No, not at all. But I think that I was lucky with my genetics. I do eat healthy because I was brought up this way. I am also a vegetarian in response to all those documentaries I saw in which I don’t want to be part of. I never really feel like I need to be or look a certain way. If I do exercise, I will do it for my brain and to get bad things out of my head and body. These days, I am mainly into Tai Chi, it calms me down.

7- In order to be booked on a man’s show, do you feel like you need to have less of a feminine figure?

TG : Actually, it is the first time that I think about this, but no, I don’t think so. The only problem sometimes is that I can be too small around the hips or the shoulders according to the type of guy the designers make the clothes for.

8- The way people dress often shows their role in society and adds to their identity. Why do you think you dress according to a more masculine wardrobe?

TG : There is no such thing as a masculine wardrobe. The definition of what is masculine and feminine to me is more than this. When I see something that I like, I buy it regardless of the marketed gender. Most of the time, it happens to be what the western society thinks of masculine fashion. When I look at pictures of me when I was a kid, I dressed exactly the way I do now. I never really thought about the whole androgynous thing, it actually came to me later when I got to realize, oh, this is what it’s called.

9- Do you feel more yourself on a woman’s or a man’s runway?

TG : Actually, it shifts. It depends of where I am in my life. A year ago, I felt much more confortable in a man’s show whereas now, I love working for the woman’s. I think it changes according to what I am going through in my life. It is really the one thing I can’t choose from one or the other. I like both of them for different reasons. With the woman’s, I love how expensive and important it makes me feel and with the men’s it is more about being chic and cool. I love both feelings.