Category | Happenings
From innocence to premature sexuality, from abstinence to unbridled experiences, from romanticism to infidelity, desires to disillusionment, homosexuality, solitude, body image and of course maternity. 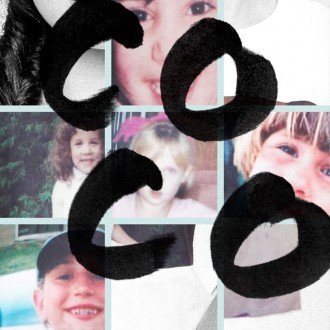 Last year, LSTW organized a reading of the play COCO, written by Nathalie Doummar. It was quite a unique evening not unusual for Le Cabaret du Mile-End, one which was absolutely adored by the ladies who had the chance to attend. We are proud to announce that LSTW will be joining in the production of COCO. We were first introduced to her work during the last edition of the Zone Homa Festival and were completely drawn in. Between January 25th and February 19th 2016, you are invited to discover Nathalie Doummar’s wonderfully written play, directed by Mathieu Quesnel.

This first work is both a poignant and funny commentary on friendship, love and death and is directed by the very versatile actor Mathieu Quesnel.

The scene is set following the death of a best friend, when four young women all nearing their thirties, reunite for a stay in the country. And there, sitting on the table, is the diary of their deceased friend. Through moving words, each character guides us through their memories, from the birth of their friendships, to the discovery of love, sexuality and life itself.

Coco is a funny yet dramatic play about the many different sides of love: from innocence to premature sexuality, from abstinence to unbridled experiences, from romanticism to infidelity, desires to disillusionment, homosexuality, solitude, body image and of course maternity. Without quite knowing it, these four friends go on to build some of the strongest romantic relationships, ones that would survive even the tragedy of death.

Nathalie Doummar has been working on this project for the past two years. The play benefited from the Montreal Conservatory of Dramatic Arts’ student support program from which there were three subsequent readings; at the end of the its residency at the Conservatory in April of 2014, at the Zone Homa festival in July 2014 and at the Mile-End Cabaret in November 2014. The play was very well received at each reading, successfully bringing the audience to tears as well as laughter. This reception has encouraged Nathalie to push the project even further. Coco will now be presented at the Petite Licome during the winter of 2016.

The Osmose Theater brings forth a youthful, feminine and subversive look at societal issues through the eyes of a female twenty-something cast. The play strives to open up dialogue on these issues, all the while presenting them in a contemporary and realistic light.