Category | Arts & Culture
Through sexuality, gender identity, religion, philosophy and feminism, the series puts forth an honest and wild portrait of the modern world we live in. 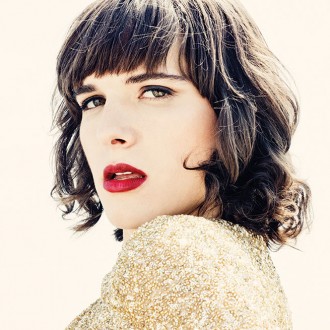 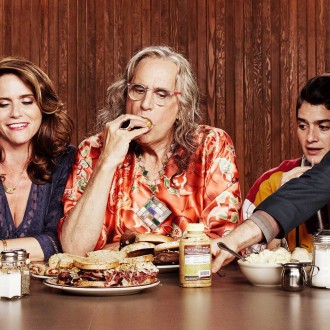 The television series, Transparent, created by Jill Soloway, the winner of two Golden Globes and five Emmys, comes back full force in an eclectic second season.

The main themes first explored in season one, resurface shortly into the premiere and continue to torment our favourite characters throughout all ten episodes. Family, honesty and the search for a sense of self are at the very heart of the story. They guide the Pleffermans toward a fate that is sometimes happy but that is counter to their desires. Reality always finds ways of sneaking up and forcing them to see what more life has to offer.

Transparent is about identity and the workings of the LGBTQ community. The writers do not shy away from raw and realistic dialogue thus successfully creating a tightly woven tapestry of stories. Each family member develops a relationship with an individual who helps them along their journey of self discovery.

Through sexuality, gender identity, religion, philosophy and feminism, Transparent, puts forth an honest and wild portrait of the modern world we live in. It does so all the while reminding us of the fact that our core values are always being put to the test.

A series in evolution

In an article on Autostraddle, the trans writer Mey discusses the private screening of season two attended by a select few journalists and bloggers.

One of the most critiqued points about the first season, concerned the shows decision to have Jeffrey Tambor (straight white cisgender male) play the main role. Despite this fact, Mey explains how experience on set turned out to be one of inclusivity.

When I visited the set this summer I immediately saw other trans people — some actors, some crew members — all of them completely at home in their element. Here being trans didn’t make you the other; it made you a valued and respected part of the family. This was one of the few truly queernormative and even transnormative spaces I’ve ever been in. My transness, and the transness of the many other trans people on the set, was recognized — this wasn’t a genderblind community — but it wasn’t something that made me an outsider. I felt like an insider in a large group of people for one of the few times in my life. (to read more).

The trans community’s participation in Transparent is significant. Whether it is through the key roles that are portrayed by prominent personalities like Alexandra Billings, Trace Lysette and Hari Nef or through the many team members who are trans in real life. It is because of this participation that both the show and those involved in the production continue to evolve.

From beginning to end, the second season of Transparent moves us. This is true regardless of the episode, whether it is the beginning with Kina Hora or the end with Man on the Land. Through the telling of heart gripping story lines like that of the homosexual forest wedding at a feminist music festival, we are shown a family drawn together and characters who despite being secondary are exceedingly important.

Transparent is about surprising friendships, heart breaking decisions and regrets. Through this journey the Plefferman family endure many ups and downs and learn what it means to live.