Category | Lifestyle
To meet its growing clientele, Peau de Loup plans to broaden its horizons by making its shirts accessible in stores across Canada. 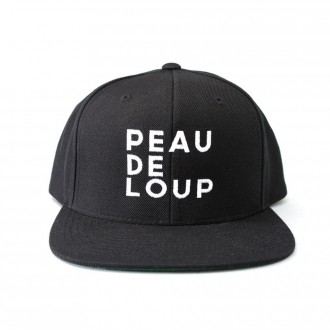 Most women with the so-called masculine look understand the complexity of shopping in the menswear department. For them, clothing is often too tight at the hips and too wide at the shoulders. This is especially true for shirts. With her clothing brand Peau de Loup, Adelle Renaud has achieved the dream of many of us: to be able to wear beautiful, simple shirts, cut for a woman’s body. We introduce you to a company, and a young visionary who appreciates simplicity.

Peau de Loup was born of a night of insomnia. Tired and stressed, Adelle was wondering what to do with her life: “[…] I couldn’t understand why I wasn’t more happy than I was. I had an amazing job, I was working with wonderful people and I had the opportunity to travel. That night I watched Oprah’s Lifeclass and she said something that resonated with me: “You’ll never be happy until you be yourself.”

Adelle began reading blogs by women seeking the same thing she was: simple, high-quality clothing that suited a woman’s body. “I always liked wearing men’s clothing because it’s a reflection of what I really am: a wolf in sheep’s clothing, exactly like men’s clothing for women.”

For the Peau de Loup team, it’s important to be constantly innovating simplicity, but also to be developing something that’s fresh for customers: “For us, it’s more than just shirts. It’s about creating something authentic so people feel the same way on the outside as they do on the inside.” To meet its growing clientele, Peau de Loup plans to broaden its horizons by making its shirts accessible in stores across Canada. Though right now online orders seem to them the chosen means of distribution, the Peau de Loup team are looking to open a boutique in Vancouver called Caposhie.

Peau de Loup joins the list of partners that brought the lesbian web series Féminin/Féminin into existence: the company provided its shirts to the cast. “For us, Féminin/Féminin was like a breath of fresh air. Not to mention the encouragement from the whole team who helped us during shooting. We can’t wait to see what’s next. We’re obsessed.”

And on the sports front, Peau de Loup joined artist Debra Sparrow in creating the “unity scarf” for the 2015 World Cup: “It was a chance for us to give the traditional soccer scarf a new look. Everyone loved it and we’re doing it again for the next seasons.”