Category | One on One/ Interviews
I think that if you fight against racism or for sexual equality, you cannot accept another form of segregation. All struggles are valid. I have come to realize that the common point of all discrimination, beyond race or anything else, is really gender. 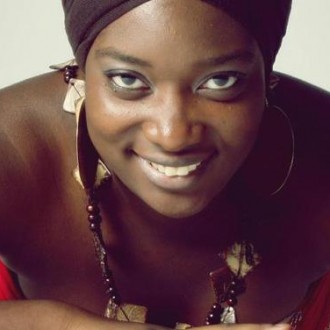 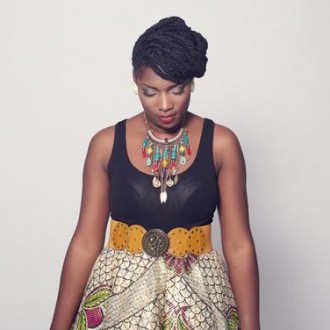 The 2015 edition of Montreal’s Festival Nuits d’Afrique honours female artists with powerful identities. One of them is Veeby, a young Cameroonian with a warm voice who melts us with her “hybrid” music and stirs us with her feminist commitment.

1- For years now, you’ve been working on social issues – working with young people and in intercultural relations. What made you go into music?

I was born like that. There are things in life that you know you have to do. I started singing when I was 12 or 13 with a band in school concerts in colleges in Cameroon. That was how I started to work the stage, write songs. I did choir too, and little by little I found my style. It’s been nearly 10 years since I’ve been on the Quebec music scene. I worked a lot in hip hop, with rappers, doing vocals, in choirs.

When I had my daughter, I spent a year at home. I wrote texts, I composed, and instead of keeping them in a closet I told myself I was capable of doing something I wanted to do and turning my texts into song. I went for it. Everything fell into place and I put out my first album about three years ago. In it, I pretty much brought together every influence that represented me, and since then I’ve been touring Quebec and other countries introducing people to my music.

2- You came from Cameroon at 16 and have lived in Quebec these past 15 years. How do you reconcile your dual identity in your music?

I consider myself a hybrid. I’m very influenced by gospel, R&B, soul and hip-hop, which have formed my North American identity. But I’ve always stayed anchored in the African tradition that defines my origins. I describe my music as Afro-soul. My music is never 100% urban or African or roots. It’s always tinged with something, with references to my traditions in Central Africa. It might be the language I’m speaking or a musical instrument that comes from home. In my music, I’m looking for the balance between here and there. And that’s what I am deep down: a diasporan, someone from both sides.

3- What are the themes you keep coming back to?

Through my music, I’m a bit of a feminist. I believe strongly in women’s rights, women’s place in society. I want to empower them, especially in African society. Because we live in a world that’s often very macho, and women receive very little recognition for the things they do.

I’m profoundly against any social injustice In general. Be it in terms of race, sex or age, equal opportunity should be available to all. I talk a lot about women because so often the first obstacle to equal opportunity is through gender.

I fight too against the sexual violence committed in war zones, where rape is used as a weapon of war. I did a song last March 8 against the rapes of women in the Democratic Republic of Congo. These are things that aren’t said on television or in the media, but I say them in my songs.

4- How do you find out about these subjects?

A lot of it comes from my own experience. I come from a family of mostly women, and when I see how society treats us when we take action, when we want to work… It’s very difficult to make music when you’re an African woman, to pull off big projects when you’re a black woman, when you’re a young woman. In our culture, a woman has to be at home, she has to take care of the kids. So when we started to do shows our entourage had the impression we were being bad moms, that we weren’t being present like we should be.

So I do everything to strike a good balance for my four-year-old daughter. I’ve stopped trying to convince people. Because in wanting to convince them so badly, you end up changing yourself and becoming something you’re not. The most important thing for me is to be truthful and authentic in the music I do. As long as I don’t harm anyone or do anything wrong, I have no reason to stop.

5- Do you think there are still battles to be waged for women in Quebec?

Absolutely! What I still find funny is that western feminism is very out there, assertive. But it’s perhaps the feminism that has won the least battles. There is still no wage equality, still no parity in terms of representation of women in companies, in decision-making positions. It’s starting to get a lot better, but in the end there haven’t been very many advances. While with the feminism I see in Africa – and this is my personal analysis, I’m not a specialist – there is a form of assertion that is more discreet, but that yields far more results in the medium and long terms. For example, in Africa, it’s women who manage the cooperatives, who hold the purse strings, who decide on children’s education.

In short, women have an important role, one they’ve mainly obtained by making men believe that it’s them who are making the decisions. It’s a type of feminism that is much less overt, that doesn’t get us stepping into the limelight, but yields really effective results. Our victories are important even if they’re discreet. Women’s rights in Quebec are talked about a lot, but there are still a lot of things that need to be done.

6- Is the question of sexual orientation also something that means a lot to you?

For me, the question of sexual orientation is a question of discrimination like any other. I don’t count one thing more important than another. I think that if you fight against racism or for sexual equality, you cannot accept another form of segregation. All struggles are valid. I have come to realize that the common point of all discrimination, beyond race or anything else, is really gender.

By advancing a cause, you inevitably affect others. I’ve always thought that nobody deserved to be humiliated or isolated for something they didn’t choose to be. You don’t choose to be homosexual, black or female. So nobody has the right to tell you that it’s not proper. And that’s something worth fighting for.